A group of caravans pitched up at a Telford hotel car park. 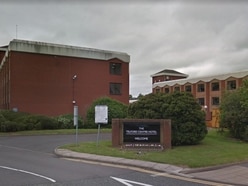 At least six white caravans plus a number of cars appeared on a car park to the rear of the Telford Centre Hotel off Ironmasters Way in central Telford yesterday morning.

They were gone again by 2pm.

They were moved on by 10pm on Monday.

A Telford library will be closed for three weeks while it is moved to the ..

One of the UK’s biggest food businesses and a major employer in Telford ha..

Police seized vehicles and made a series of arrests as they targeted motor..

In what has been dubbed her toughest role to date, Denise Nolan will appea.. View More