More than 270 arrests have been made by police tackling county lines drug dealers, and thousands of people have been given training to spot the signs of exploitation, police have said. 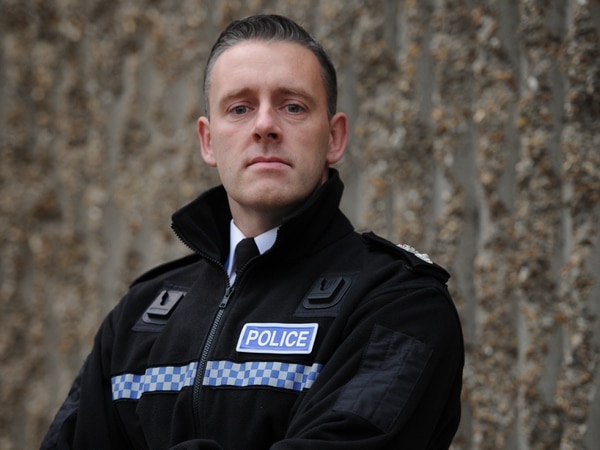 His comments come after a national report from Her Majesty's Inspectorate of Constabulary and Fire and Rescue Services, which warned that children excluded from schools are at heightened risk of being exploited by drug dealers.

The report, looking at how police across the country deal with county lines, also called for greater restrictions on pay-as-you-go phones, which are used by gangs to get around court orders blocking numbers suspected of being used for drug dealing.

West Mercia Police have made a series of high profile arrests over county lines in the past 18 months. Only last month a gang of 12 were sentenced for crack cocaine dealing in Shrewsbury.

Chief Supt Harding said: "The criminal exploitation of vulnerable people, which includes county lines, has been a priority for West Mercia Police for a long time. Work is constantly on-going 24/7 365 days a year with our partner agencies to protect and safeguard those who may be vulnerable to being targeted by county line drug dealers.

"In Telford alone more than 10,000 people have received exploitation and vulnerability training to help our local communities spot the signs someone maybe being criminally exploited, and what they should do if they do think someone is being targeted. This work is now being rolled out across the three counties we cover, Herefordshire, Worcestershire and Shropshire.

"We are committed to working with our local communities to make West Mercia an even safer place to work and live."

Chief Supt Harding said that the creation of new specialist policing teams had helped in the battle against county lines dealers.

He said: "More than 12 months ago we set up Local Policing Priority Teams (LPPT). These teams are proactive in providing a visible police presence and targeting those causing the most harm to our local communities and we have seen some absolutely fantastic results. Dedicated officers tasked with targeting county lines drug dealers work alongside our LPPTs.

"Work is carried out throughout the year, warrants are carried out, vehicles and people stopped and searched, arrests made and copious amounts of drugs seized.

"There have been great successes achieved through the work of our proactive CID and safer neighbourhood teams working together, for example last year in Shropshire more than 75 people were arrested specifically in connection with county lines and fantastic progress made to take out a particular county line operating in Oswestry.

"Since 2017, in Worcestershire alone, we have made in excess of 200 arrests and seen sentences totalling over 100 years linked to county lines criminality."

He added: "We will continue to pursue and prosecute those who bring drugs into our counties, commit violence and exploit vulnerable members of our communities.”