Renovation plans for Telford Central Fire station have been submitted to the council. 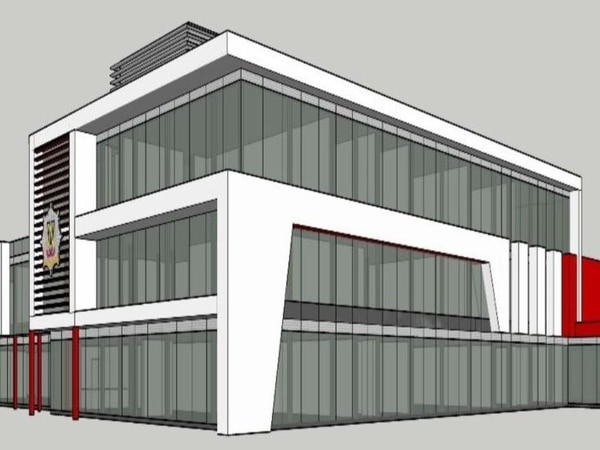 Shropshire Fire and Rescue Service has applied to add two extensions and solar energy panels to the Stafford Park site and reconfigure the station’s car park.

The multi-million-pound modernisation project will include an updated control room, a multi-agency incident facility and training facilities for the fire service and West Mercia Police.

The existing station, on Stafford Park 1, was built in the 1980s.

Documents submitted to the authority’s planning department describe the project as the "modernisation of the existing fire station, erection of one single-storey and one two-storey extensions, installation of a roof-mounted photovoltaic array and reconfiguration of the existing car park and bike store”.

In a report for the Shropshire and Wrekin Fire and Rescue Authority, submitted Mr Kelcey, programme manager Ged Edwards and Chief Fire Officer Rod Hammerton wrote that, while opinion among staff and authority members was "evenly balanced between the three”, public feedback "overwhelmingly preferred one design”, so that one was chosen.

Hollinswood and Randlay Parish Council will be consulted about the application, and Telford and Wrekin Council will make its decision at a later date.

A fundraiser has been launched to raise money for Covid-19 protective equi..

Hundreds of elderly residents across Shropshire have been getting to grips..

Garden centres and plant nurseries across the West Midlands could be facin..

A petition has been launched calling for a permanent end to hospital parki..

One arrested during early morning drugs raid in Wellington

One person was arrested during an early morning drugs raid in Wellington. ..

Laura Ashley is to cut 268 jobs after the fashion retailer slid into admin.. View More

If you attempt to re-sell your tickets, your booking will be cancelled

VIP Entry from 9am

VIP tickets can enter from 9am

This includes access to the event, grounds and gardens, and Woodland Adventure Playground at no extra cost.

For a small additional fee of just £3 per adult and £2.50 per senior/child, visitors take an exciting tour of the house.