£17 million package of projects for Shropshire are welcomed

Millions of pounds in funding for some of the county's biggest development projects has been welcomed as vital for the future economic prosperity of the region. 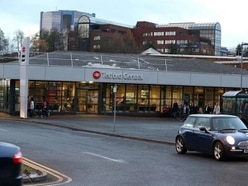 The Marches LEP has agreed to provide around £17m in funding to be spent on four major development projects in Oswestry, Shrewsbury, and Telford, with a further £10 million going to projects in Herefordshire.

In Oswestry Shropshire Council has £5m to spend on infrastructure works for its long planned innovation park at Mile End, while in Shrewsbury the authority has been given £2m towards its development of a medical centre at the Tannery – which will become the new base for the Riverside Medical Practice.

In Telford £7m will go towards unlocking brownfield sites, with plans for around 500 houses as part of the schemes.

The three developments, at Telford Town Centre – known as the 'Station Quarter', Donnington and Wellington, would together create around 500 new homes for affordable and private rent and sale, as well as specialist and supported accommodation for vulnerable people.

He also added that the relocation of the Riverside Medical Practice is a key move for Shrewsbury, opening up the dilapidated Riverside shopping centre for a major redevelopment project.

He said: "The money for Oswestry is great because it means we can crack on and make plans for building it out.

"It has been an ambition for some time to get the park up and running and this will be a great shot in the arm for the people of Oswestry to finally get it delivered."

Councillor Charmley said the development represents a "fantastic opportunity" for the town, and could lead to the creation of up to 1,500 jobs.

He said: "There is a lot of work going on in Oswestry at the moment. We are looking at master planning to make the centre of the town work, the signage around the main town centre and Maesbury Business Park, and this is almost an extension of that.

"It creates a great opportunity for the town to grow what it already has but also new opportunities. Post-Covid it will be just what the town needs."

In Shrewsbury, Councillor Nat Green, who represents Quarry and Coton Hill, said that the new practice, which is nearly complete, would play a key part in opening up the Riverside, which is key to the town's future.

An overall plan for the site is currently in the process of being developed.

Councillor Green said: "They are looking to clear the site of the Riverside so they can get moving on that.

"When it comes to the Riverside the quicker they get moving on the plan the better for the town."

He added: "Hopefully they can come up with a really exciting plan for the site. I have to say, if they can come up with something really innovative that is a real draw to bring people in to Shrewsbury, with potentially mixed use housing, you could actually put in something really positive for the town and Shrewsbury could really benefit in the long term."

Telford & Wrekin Council will be putting £12m towards the brownfield site plans and speaking earlier this month Councillor David Wright, cabinet lead for regeneration, said: "This is a very important step forward for three key schemes all using brownfield land to bring a huge level of investment, new homes and businesses into the borough.

"Without our own regeneration and investment fund, none of this would be happening.

"Perhaps the most exciting is the potential that will created for the Station Quarter and the part this can play in helping to make Telford an even more attractive destination for our residents and in attracting new investment to the town, linking Telford Station and the town centre and Southwater.

"At such a challenging time and in so many ways, now is the time for totally committed leadership to drive growth and further stimulus in our economy and that is exactly what we are doing here.

"Such development will be key to help the borough’s economy as it recovers from the effects of the coronavirus pandemic.”

Read more about the projects

The Station Quarter is the next major development of Telford’s town centre.

The development is intended to link the current shopping centres and Southwater to the town’s railway station. Telford & Wrekin Council is behind the joint public and private plan, which will potentially include a hotel and leisure facilities, as well as housing.

Speaking after he took the reins as chief executive of the council in January, David Sidaway said that the authority would be looking at building on the increasing popularity of Southwater as a leisure and retail destination.

He described the Station Quarter as "exciting”, saying it will perfectly compliment Telford’s "wonderful retail experience”.

The primary care centre at the Tannery will provide a new base for one of Shrewsbury’s major GP practices.

The Riverside Medical Practice will relocate from its current site at Roushill to the former Tannery on Barker Street.

The site has already been redeveloped with student accommodation for Shrewsbury’s university and the GP practice, with an adjoining pharmacy, will be the next stage of the plan.

It is a move that has another benefit in making it easier for Shropshire Council to redevelop the Riverside area, without leaving the medical practice homeless.

The new building will see the surgery double the number of its clinical rooms and enable it to expand its services.

The title of the project – Oswestry Infrastructure – may not be the most glamorous but that does not mean it is any less important. The funding is a key part of redevelopment work planned for the town that could bring in millions in investment and a host of jobs.

Shropshire Council will use the money for the infrastructure work that is to go alongside its planned innovation park at Mile End.

The innovation park would be a 27-hectare development creating "strategic employment land to drive long-term sustainability in Oswestry and create the conditions for employment growth”.

The vision was outlined in a place plan for the town earlier this year.

The Marches Centre of Excellence in Health and Allied Health and Social Care will be based in Telford.

Out of a total of £17m for Shropshire £3.5 will be spent on a major investment by the University of Wolverhampton at its Telford base.

According to the university, the new centre will provide state-of-the-art training facilities, enabling students to gain hands-on real-life experience of the discipline they will enter and ensure they have the skills and knowledge to benefit employers.

The centre will also proactively address shortfalls in health professionals across the Marches area, with an emphasis on local people and students who will become key workers within the area.