Judge warns pregnant criminal from Telford she may be locked up

A pregnant woman from Telford who breached her suspended jail sentence by failing to turn up for appointments has been warned to comply or be locked up. 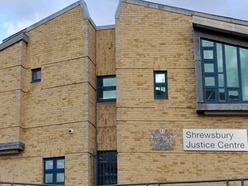 Mollie Jones, 23, was arrested after she missed a probation appointment on November 1 without providing an acceptable excuse. She then failed to attend a breach hearing at Shrewsbury on November 14, resulting in a judge issuing a warrant for her arrest.

She previously avoided prison after committing various offences including violent disorder for which she was jailed for 12 months, suspended for two years, and put on a three-month curfew at the crown court in 2017.

Jones admitted breaching the order at a hearing on Wednesday.

Mr Stephen Scully, mitigating for Jones, formerly of Lawnswood, Malinslee, told the court that she was now nine weeks pregnant and was waiting to be rehoused due to relationship and mental health issues.

Judge Anthony Lowe deferred the case for three months to allow Jones time to put her life in order.

"If you mess this up, pregnant or not you are going to spend time in custody," he told her.

"The reality is that you may have been stacking up problems. I'm not revoking the suspended sentence order.

"In six months you are going to be near the birth of your child. I am going to defer matters for three months to see how you are getting on. All of the offences, the criminal damage, thefts and breach are still hanging over your head.

"I am not going to make any promises, you have got three months to try and get yourself sorted out with accommodation. You have a number of petty matters at the magistrates court. Subject to that you can come back in three months otherwise it is just hollow waters," he added.